You’re on the scene of a terrible car crash and decide to request a helicopter air ambulance to transport a patient. In the moment, you’re probably not thinking about all the things that occur behind the scenes after you make that request, but helicopter operators are making a lot of important decisions, some of which you—the emergency responder—can influence.

After your call, the operator should assess the risks—such as weather, flight conditions, and which pilot is on duty—to determine if it’s safe to accept the flight. How—and if—those risks are assessed and mitigated can determine whether the medical flight transport leads to success or tragedy.

Let’s look at an accident involving a medical transport flight where the risks were successfully evaluated by two companies, but, unfortunately, not by another.

On January 29, 2019, a patient at Holzer Meigs Emergency Department in Pomeroy, Ohio, required transport to OhioHealth Riverside Methodist Hospital, Columbus, Ohio. The emergency department first contacted MedFlight, which evaluated the weather risks and declined the flight immediately due to “icing probability” and snow squalls. Emergency staff then reached out to Healthnet, whose staff stated they would call back after doing a weather check. By the time Healthnet returned the call, however, declining the flight due to low ceilings and icing, the emergency department had already contacted a third company, Survival Flight. Survival Flight took about 28 seconds to determine it would accept the flight. 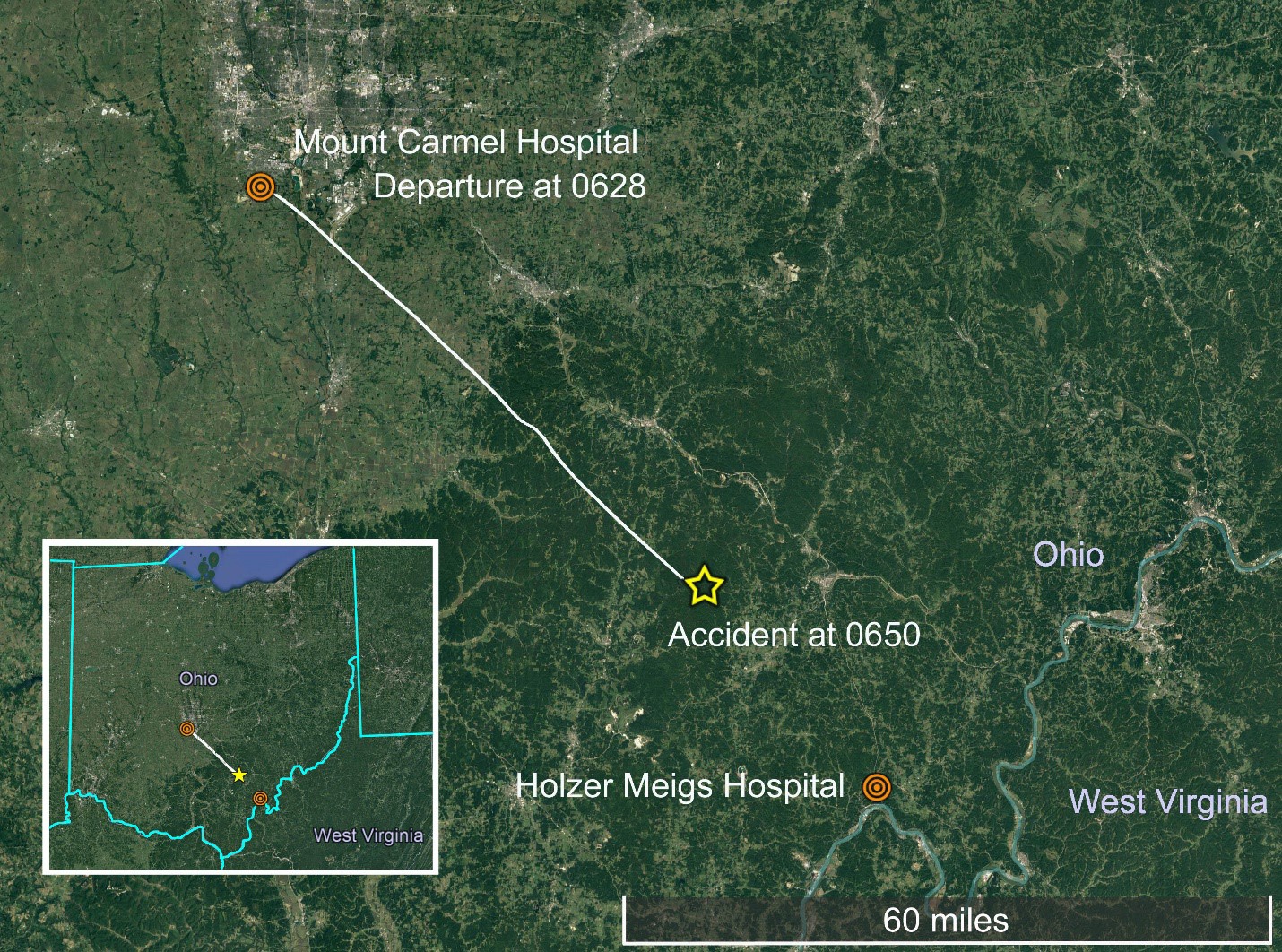 About 22 minutes after departing Mount Carmel Hospital in Grove City, Ohio, to pick up the patient in Pomeroy, the helicopter crashed into forested terrain near Zaleski, Ohio. Three people died, including the pilot, flight nurse, and flight paramedic, who was also a firefighter/paramedic.

The NTSB was called in to investigate, and our investigation revealed numerous safety deficiencies at Survival Flight. The company did not perform comprehensive preflight risk assessments, which would have shown that other companies had previously refused the flight, and it failed to obtain the required en-route weather forecasts. In fact, the pilot who originally accepted on behalf of Survival Flight said he thought the preflight risk assessment would occur after the conclusion of the flight.

Given the weather conditions that day, Medflight and Healthnet were not willing to accept the level of associated risk. However, Survival Flight’s poor organizational safety culture compelled it to accept the flight—and three people lost their lives.

Emergency response staff and department officials couldn’t have guessed that the flight would be risky and dangerous; that’s the role of the helicopter operator. But there are things you, the emergency responder, can do to ensure a safer flight and improve the overall safety of air medical transports.

The NTSB has long advocated for the adoption of safety management systems (SMSs) in all flight operations. Indeed, this recommendation is so important that it has been associated with several safety issues on our Most Wanted List of transportation safety improvements. SMSs force operators to evaluate their risks, as well as their pilots’ skills and flight behavior. Operators are not yet required to have an SMS in place, but some have implemented one voluntarily.

When it comes to air transport, we encourage EMS staff to do their research and reward those operators taking steps to ensure safety is a priority.

Jennifer Homendy, NTSB Board Member. Homendy took the oath of office as the 44th Member of the National Transportation Safety Board (NTSB) on August 20, 2018. She was unanimously reconfirmed by the Senate on August 1, 2019, for a five-year term expiring December 31, 2024.