Over the past six years, the combination department of Bellefontaine Fire & EMS has established its Wildland Fire Program to address wildland fire operations training, community education, and fuels management. Bellefontaine serves an area with a variety of fuels, including substantial agricultural land, as well as grassland, and forest areas. The department initiated its prescribed fire program in 2014, and by collaborating with neighboring departments in Logan County, Ohio, it has increased the acres treated from nearly 30 in 2016, to 180 acres in 2019.

Bellefontaine Fire & EMS capitalized on an opportunity to become active in wildfire mitigation when the city of Bellefontaine acquired the Myeerah Nature Preserve in 2014, a 450-acre park that was previously used as a Girl Scout camp. The department started conducting prescribed burns in the preserve and got valuable training and experience. Due to the necessary conditions for prescribed burning and the typical climate in Logan County, the burn window is usually limited to a two-month window each year (i.e., March and April).

Through the past several years in Bellefontaine, the department has gained traction for introducing intentional fire as a mitigation method. In March 2019, the department was able to apply prescribed fire in residential areas on vacant lots as well as public properties like Bellefontaine City Schools and Parks. As residents better understood their wildland fire risk and wanted to reduce risk on their property, they often turned to the department for prescribed burning assistance. With no local contractors to hire for treatment, and since Bellefontaine Fire & EMS does not charge for the services, it has been a popular request from residents.

All the work accomplished through prescribed burning allows the department to reinforce the importance of hazardous fuels management to its community. Through home assessments and conducting prescribed burning in residential areas, the department puts wildland fire in the public eye. With only one local newspaper and one local radio station, the department has fostered strong relationships with those media outlets to get wildland fire preparedness and mitigation information out to its target audience of residents. Often a story on a prescribed burn or the Logan County Wildfire Prep Day will make front-page news. 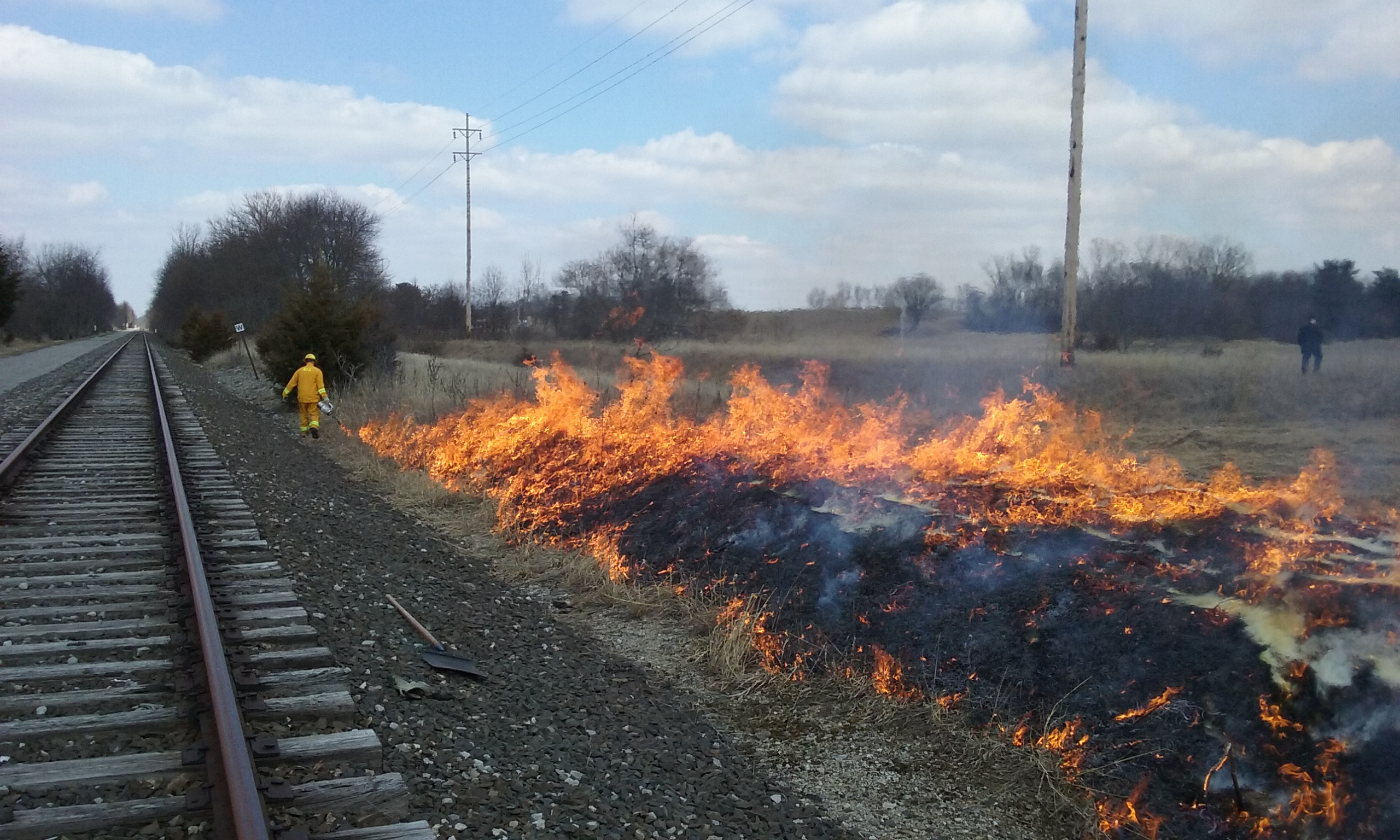 Northwest Ohio may not be a location that attracts national attention for its wildfire risk, but the department has pushed the issue to the attention of local officials, neighboring jurisdictions, and its residents. By utilizing the RSG! Program and concentrating on the implementation of fuels management while also promoting the FirewiseUSA® Program to its neighborhoods, the department continues to foster wildfire risk reduction across Logan County.

Their work is further encouraged by NFIRS data indicating that annual ignitions in the area are decreasing. Actively engaging in prescribed fire has increased capacity in the department and its mutual aid partners to respond to wildfire while simultaneously creating learning and educational opportunities for the entire community.

The Ready, Set, Go! (RSG) Program, managed by the International Association of Fire Chiefs (IAFC), seeks to develop and improve the dialogue between fire departments and the residents they serve. Launched nationally in March 2011 at the Wildland-Urban Interface (WUI 2011) Conference, the program helps fire departments to teach individuals who live in high risk wildfire areas – and the wildland-urban interface – how to best prepare themselves and their properties against fire threats.