The partnership between the IAFC / NAPSG Foundation / Esri is in its third year of response to disasters. While Dorian had less impact in the United States than was initially forecast, it still led to significant disruption along the entire coast, major property damage, and loss of life.

The IAFC deployed 528 ArcGIS Online accounts to the states of Florida, Georgia, South Carolina, North Carolina, Virginia. In addition, the impacted states deployed the tool to incoming resources from Tennessee, Louisiana, California, Texas, Oklahoma, and Illinois that were brought in through the Emergency Management Assistance Compact (EMAC).

The SAR and First Responder Survey is a two-piece system and is compatible with the system FEMA Urban Search and Rescue Teams now use. System one is the training and preparation for field operators using Survey123 for ArcGIS. We use videos to demonstrate how to properly collect the data and geo-locate based on GPS or using the map to drag the pin into the correct location. This makes clear who will be filling what spots on deployment teams until the team goes out the door. This year Paul Doherty and Jared Doke with NAPSG Foundation created the “Battle Card” to be used like the military has as a quick sheet you can fold up in your pocket to refer to. While some first responders are beginning to use field applications in their day to day operations, this is a new process for many, and the Battle Card gives them the most critical information at their fingertips.

The second part of the system is providing a common operational platform for decision support. While some incident staff are assigned to error check and edit the data, most decision-makers need to view the data in a way that they can easily understand. For this, we use Operations Dashboard for ArcGIS to visualize incoming data both on the map and visually in interactive charts and numbers. This paints the picture of where there are hazards, support, human interactions, and structure surveys. More importantly, it alerts decision-makers to when something needs action, for example, if a victim is detected but cannot be rescued with available resources on scene.  Jeff Dulin of the IAFC describes this as “This paints the picture of what is good, and what is bad – and this saves lives.” 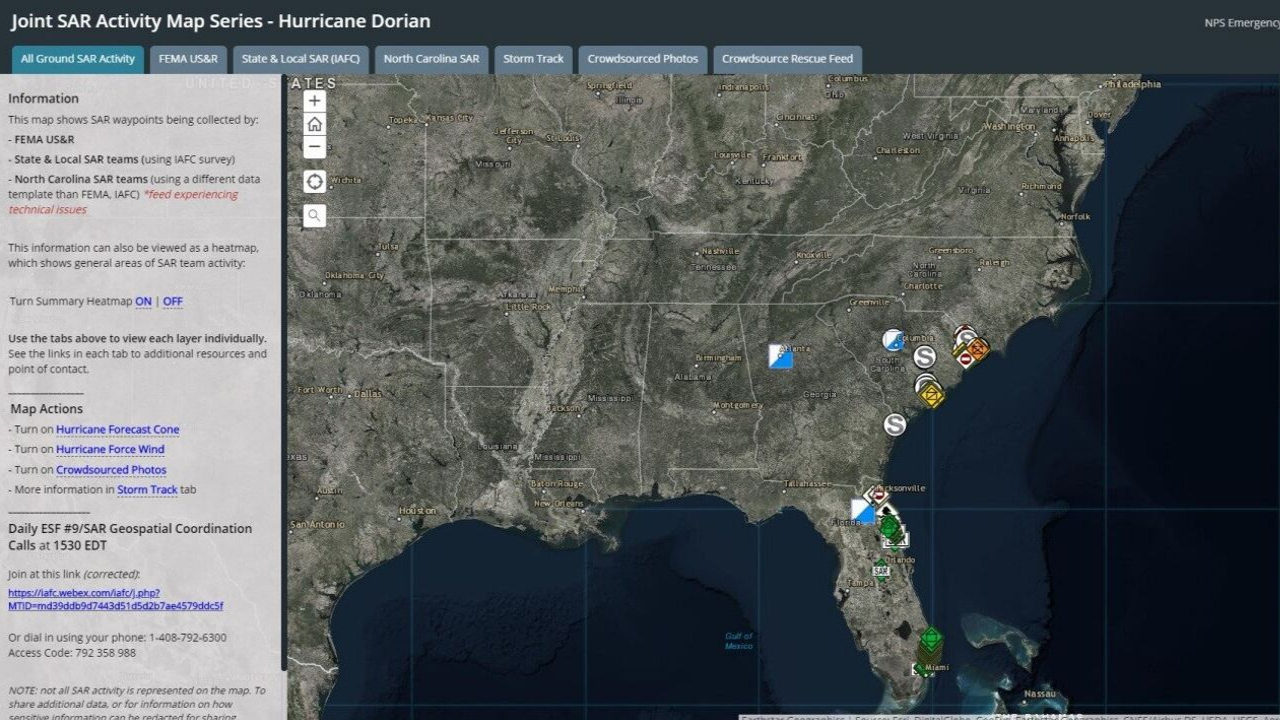 Using this platform, we can bring together both the incident data collected in the field and other relevant base data (e.g., population, building footprints, imagery) and live feeds (e.g., Hurricane forecast, storm reports, crowdsourced photos) that decision-makers need to protect lives of survivors and first responders.

Because both state and FEMA teams are collecting the same information in the same format, Paul Doherty from NAPSG Foundation states, “We are seeing firsthand, interoperability between first responders and emergency managers. Geo-enabled first responders are sharing critical information across agencies, in real-time and this is enhancing outcomes for survivors and their communities”. While significant progress is being made, the IAFC and NAPSG Foundation are committed to improving training, preparation, and adoption for future events. This will require first responders and GIS Specialists to work more closely together in day to day operations so we can overcome increasingly complex disasters – “one team, one fight.”